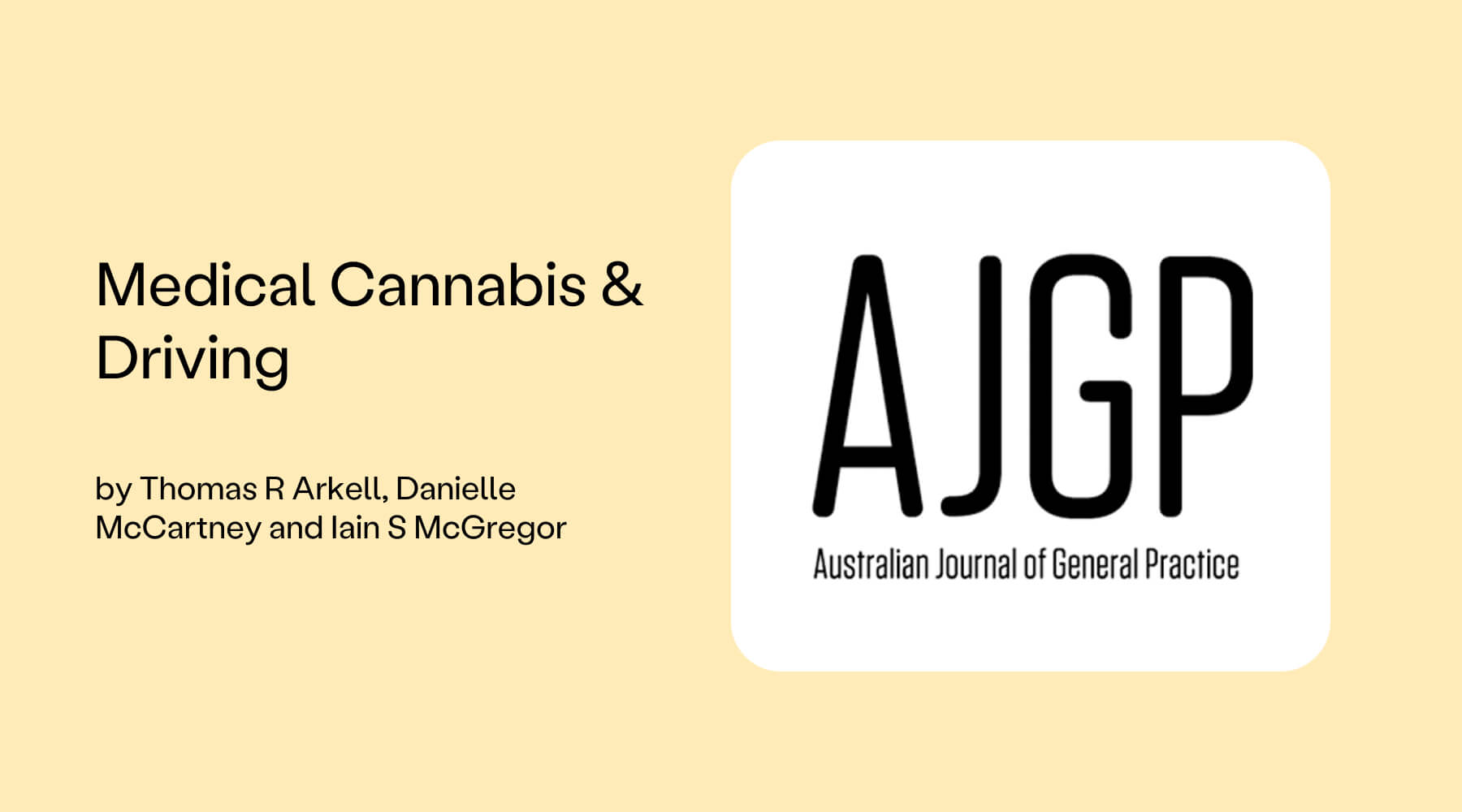 Recently I co-authored an article called Cannabis & Driving, which was published in the Australian Journal of General Practice. The report reviewed the scientific evidence regarding cannabis and driving impairment. It also discusses the legal issues affecting patients and physicians.

The findings lead us to conclude that medicinal cannabis should be treated the same way we treat all other potentially impairing medications.

I’ve written this short article to summarise the findings for Drive Change, supporters of the campaign, and those fighting for equal rights for medicinal cannabis patients.

THC, put simply, is the part of cannabis that can get you stoned. It is used to treat a range of conditions, including chronic pain and chemotherapy-induced nausea and vomiting.

On the other hand, CBD is non-psychoactive, which means that it doesn’t get you stoned. It is used to treat anxiety, psychosis, and some neurological disorders.

When combined with THC, CBD may help reduce some of the adverse side effects of THC (e.g., anxiety and paranoia). However, this does not mean that CBD decreases the impairing effects of THC.

Scientific research shows that cannabis can impair driving ability and certain cognitive functions such as divided attention and working memory. These effects, however, are relatively mild and disappear as the body metabolises THC.

Comparing cannabis and other drugs

When it comes to driving, current evidence indicates that a driver who tests positive for cannabis is approximately 1.1-1.4 times more likely to be involved in a crash relative to a sober driver.

To put this into perspective, a driver with a legal blood alcohol concentration of .05 is approximately 1.3-1.8 times more likely to be involved in a crash relative to a sober driver.

And a driver who tests positive for benzodiazepines (e.g., Valium) is approximately 1.2-2.3 times more likely to be involved in a crash relative to a sober driver.

It is important to remember that these are just estimates; these numbers could be higher or lower in reality. In a recent study of ours that looked at real-world driving performance, participants who had vaporised cannabis tended to have a very similar level of impairment to what we would expect to see in a driver with a BAC of .05.

There is no evidence that CBD impairs driving at all.

What About Medical Cannabis?

Almost all this evidence comes from studies involving healthy volunteers who use cannabis occasionally. We know that people who use cannabis more frequently (e.g., daily) show less impairment than occasional users when given the same dose of THC due to the development of tolerance.

Patients consuming cannabis daily and at doses that are therapeutic rather than intoxicating may be even less impaired. This is especially true if their cannabis use relieves an underlying condition that can impair driving, such as chronic pain. Research is currently underway to test this hypothesis.

Overall, cannabis (and THC, specifically) appears to have a relatively minor impact on driving performance.

However, it can produce significant impairment in certain situations, such as when combined with alcohol and when used by people who are unfamiliar with its effects.

Patients who are using medical cannabis should be aware of these considerations and remember that it is illegal to drive if you have any detectable amount of THC in your system. In addition, you may still test positive for cannabis even if you are not impaired. And, having a valid prescription for medical cannabis does not exempt you from current roadside drug testing laws.